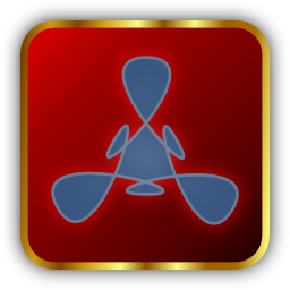 falkTX
/
Cadence
mirror of https://github.com/falkTX/Cadence
Fork 0
Code Releases 3 Activity
Collection of tools useful for audio production
You can not select more than 25 topics Topics must start with a letter or number, can include dashes ('-') and can be up to 35 characters long.
1048 Commits
2 Branches
29MB
Branch: master
master
qt4
v0.9.2
v0.9.1
v0.9.0
Branches Tags
${ item.name }
Create branch ${ searchTerm }
from 'master'
${ noResults }

Cadence is a set of tools useful for audio production.
It's being developed by falkTX, using Python3 and Qt5 (and some C++ where needed).

The tools share the same base source code, so most of them look quite similar (which is intentional).
Also, lots of custom widgets were coded when needed (like pixmapdial, pixmapkeyboard, patchcanvas and systray).
They can be re-used in other projects. Contact the author if you need help on that.

Here's a brief description of the main tools:

Digital peak meter for JACK.
It automatically connects itself to all application JACK output ports that are also connected to the system output.

Simple and easy-to-use configure dialog for jackdbus.
It can configure JACK's driver and engine parameters, and it also supports LADISH studios.

Small tool that shows JACK, A2J, LASH and LADISH logs in a multi-tab window.
The logs are viewed in a text box, making it easy to browse and extract status messages using copy and paste commands.

Tool to record (or ‘render’) a JACK project using jack-capture, controlled by JACK Transport.
It supports a vast number of file types and can render in both realtime and freewheel modes.

Simple XY widget that sends and receives data from Jack MIDI.
It can send data through specific channels and has a MIDI Keyboard too.

A Patchbay test app, created while the patchcanvas module was being developed.
It allows the user to experiment with the patchbay, without using ALSA, JACK or LADISH.
You can save & load patchbay configurations too.

JACK Patchbay, with some neat features like A2J bridge support and JACK Transport.
It's supposed to be as simple as possible (there's Claudia for advanced things), so it can work nicely on Windows and Mac too.
Currently has ALSA-MIDI support in experimental stage (it doesn't automatically refresh the canvas when changes happen externally).

LADISH frontend; just like Catia, but focused at session management through LADISH.
It has a bit more features than the official LADISH GUI, with a nice preview of the main canvas in the bottom-left.
It also implements the ‘Claudia-Launcher’ add-application style for LADISH.

A multimedia application launcher with LADISH support.
It searches for installed packages (not binaries), and displays the respective content as a launcher.
The content is got through an hardcoded database, created and/or modified to suit the target distribution.
Currently supports Debian and ArchLinux based distros.