DISTRHO Ildaeil is mini-plugin host working as a plugin, allowing one-to-one plugin format reusage.
Load a VST2 plugin inside a LV2 host, or an LV2 plugin on a VST3 host, etc.

THIS IS CURRENTLY A WORK IN PROGRESS RESEARCH PROJECT.

It is not known yet how well this can work, mostly testing waters here.
Currently the plugin will link against carla shared libraries for the plugin host part, embeding UIs if possible.
Audio and time information works, but there is no latency, MIDI, parameters or state handled right now.
Also, only LV2 hosting is enabled at the moment. 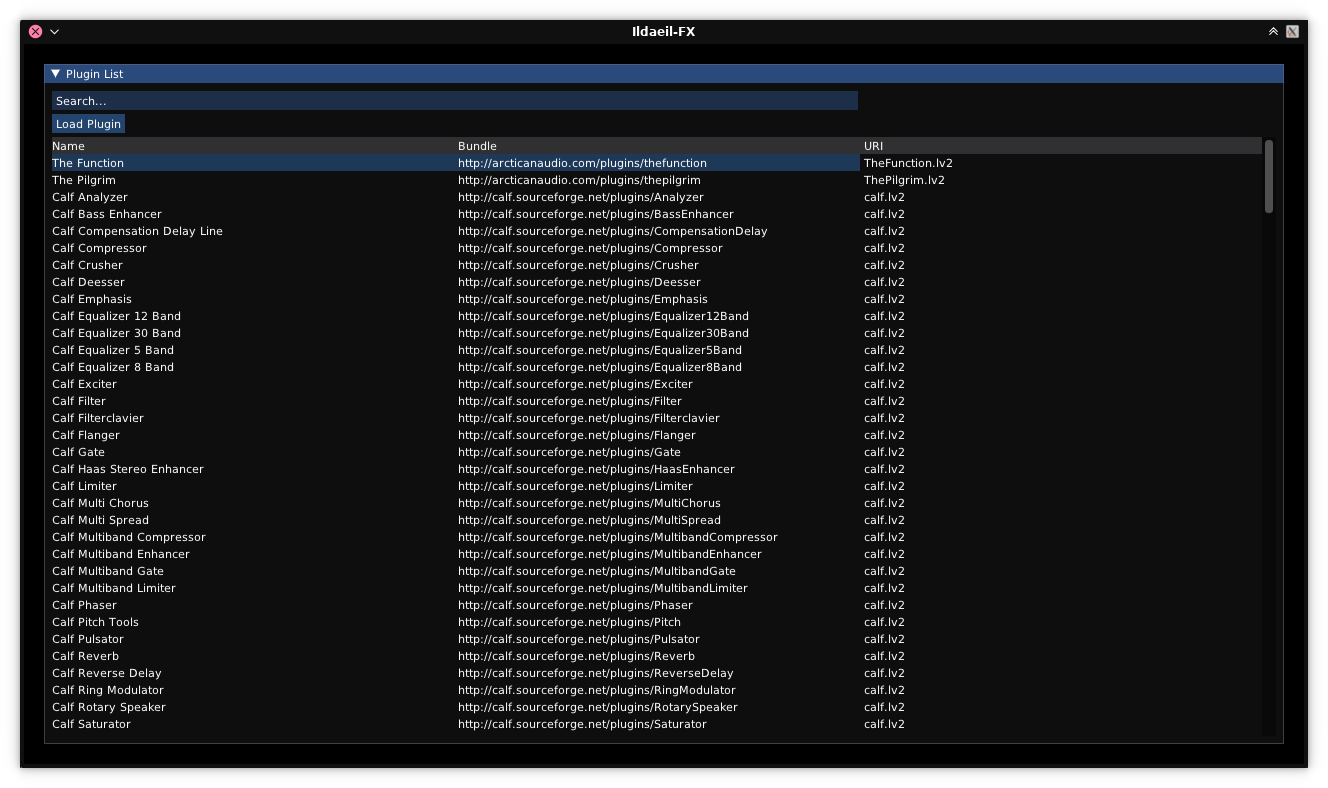 The current formats Ildaeil can work as are:

And it can (in theory, later on) load the following plugin formats:

Additionally the following files can be loaded:

Ildaeil basically works as a mini-wrapper around Carla, leveraging it for all its host support.

The name comes from the korean 일대일, which means “one to one”.