DISTRHO
/
Ildaeil
mirror of https://github.com/DISTRHO/Ildaeil.git
Fork 0
Code Issues 0 Releases 1 Wiki Activity
You can not select more than 25 topics Topics must start with a letter or number, can include dashes ('-') and can be up to 35 characters long.
74 Commits
1 Branch
2.2MB
Branch: main
main
v1.0
Branches Tags
${ item.name }
Create branch ${ searchTerm }
from 'main'
${ noResults }

DISTRHO Ildaeil is mini-plugin host working as a plugin, allowing one-to-one plugin format reusage.
The idea is to load it as a plugin inside your DAW and then the other “real” plugin inside Ildaeil.
This allows, for example, a VST3 host to load LV2 plugins.

The Ildaeil name comes from the korean 일대일, which means “one to one”.

Ildaeil basically works as a mini-wrapper around Carla, leveraging it for all its host support.
Everything should be working except plugin parameters (none are exposed to the host).
Also, only LV2 hosting is enabled at the moment.

When open, Ildaeil will show a list of plugins to pick from or the plugin editor if one is already selected.

If the plugin provides an embeddable UI, Ildaeil show will that by default, otherwise it shows a generic parameter list.
Toggling between generic vs custom/embed view is possible.
In the case of a plugin providing a custom UI that is not embeddable, Ildaeil will show the generic view by default.
You can press “Show Custom GUI” to open the plugin UI in an external window.

The current formats Ildaeil can work as are:

And it can load the following plugin formats:

Later on, in theory, it should be able to load the following plugin formats:

Eventually the following files could be loaded too: 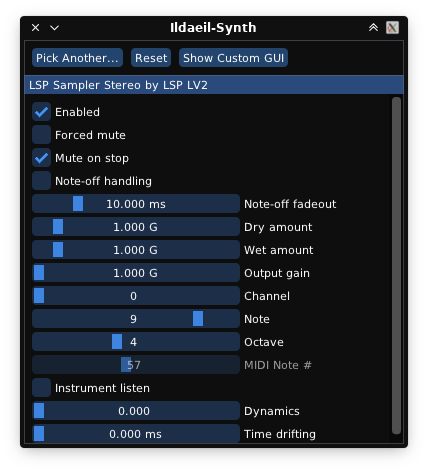 setBfree as synth, with its own whirl speaker as FX, inside Bitwig. 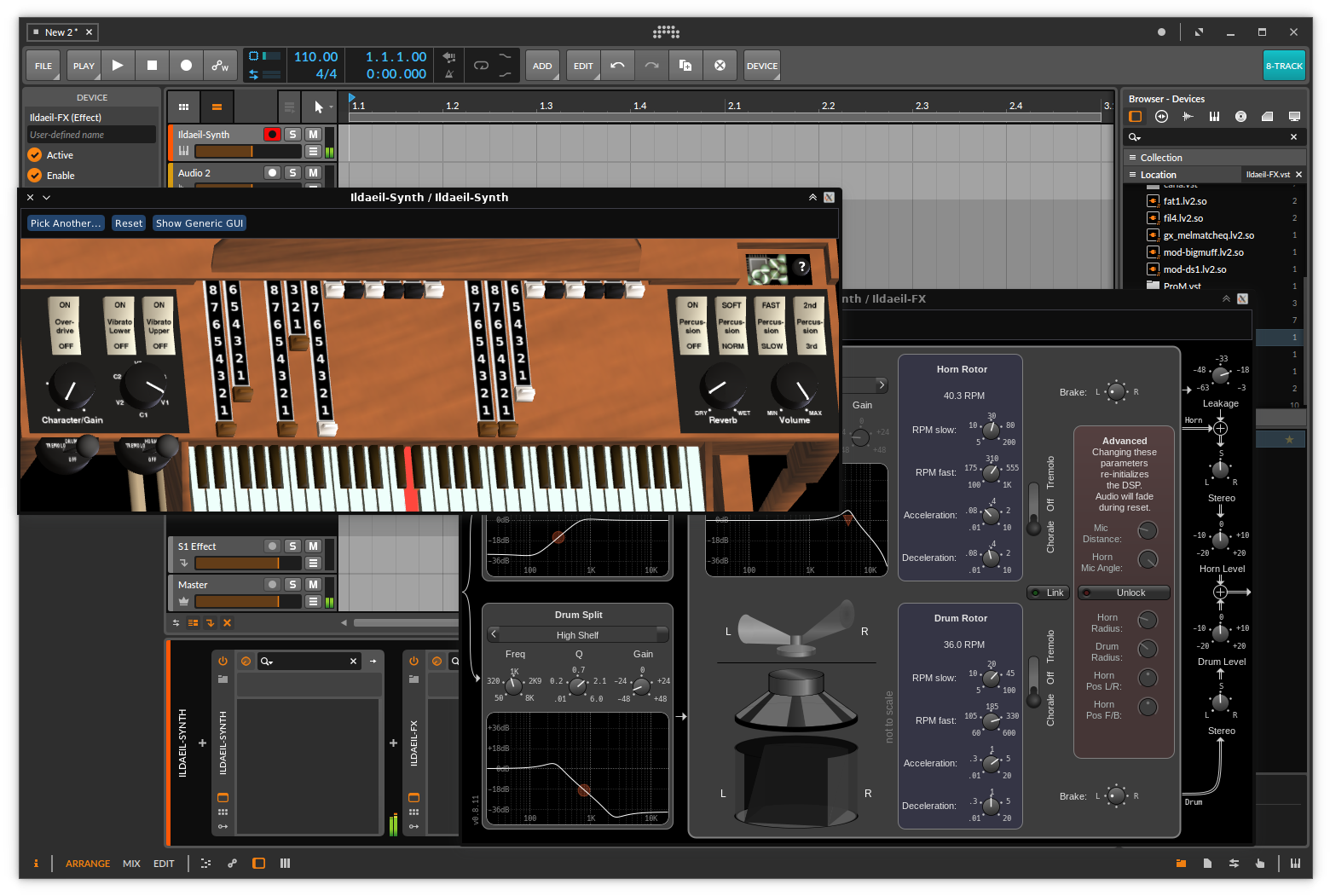 Vex as synth, DIE-Plugins and OpenAV Filta as FX, running in FLStudio. 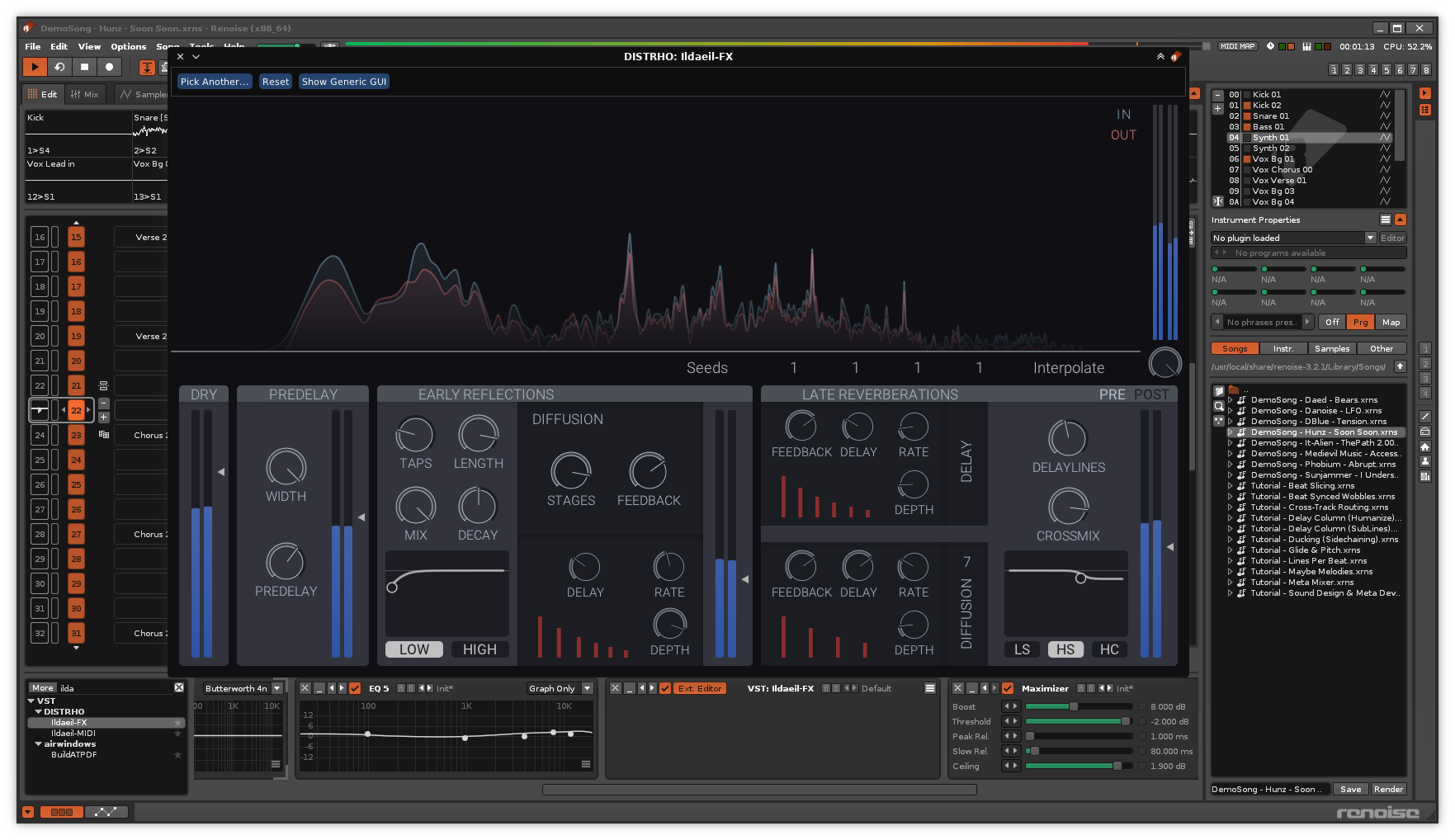